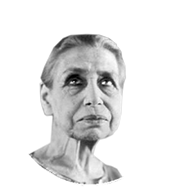 The Mother and Sri Aurobindo
Integral Yoga in Their Own Words, One Quote at a Time! 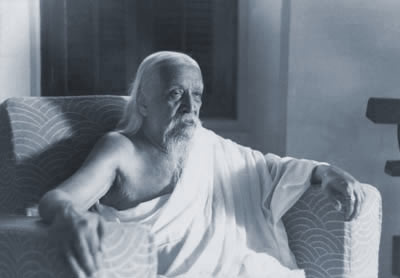 
Sri Aurobindo was born in Calcutta on 15 August 1872. At the age of seven he was taken to England for education. There he studied at St. Paul's School, London, and at King's College, Cambridge. Returning to India in 1893, he worked for the next thirteen years in the Princely State of Baroda in the service of the Maharaja and as a professor in Baroda College. During this period he also joined a revolutionary society and took a leading role in secret preparations for an uprising against the British Government in India.

In 1906, soon after the Partition of Bengal, Sri Aurobindo quit his post in Baroda and went to Calcutta, where he soon became one of the leaders of the Nationalist movement. He was the first political leader in India to openly put forward, in his newspaper Bande Mataram, the idea of complete independence for the country. Prosecuted twice for sedition and once for conspiracy, he was released each time for lack of evidence.

Sri Aurobindo had begun the practice of Yoga in 1905 in Baroda. In 1908 he had the first of several fundamental spiritual realisations. In 1910 he withdrew from politics and went to Pondicherry in order to devote himself entirely to his inner spiritual life and work. During his forty years in Pondicherry he evolved a new method of spiritual practice, which he called the Integral Yoga. Its aim is a spiritual realisation that not only liberates man's consciousness but also transforms his nature. In 1926, with the help of his spiritual collaborator, the Mother, he founded the Sri Aurobindo Ashram. Among his many writings are The Life Divine, The Synthesis of Yoga and Savitri. Sri Aurobindo left his body on 5 December 1950. 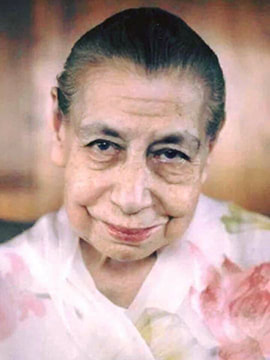 
The Mother was born Mirra Alfassa in Paris on 21 February 1878. A pupil at the Academie Julian, she became an accomplished artist, and also excelled as a pianist and writer. Interested in occultism, she visited Tlemcen, Algeria, in 1905 and l906 to study with the adept Max Theon and his wife. Her primary interest, however, was spiritual development. In Paris she founded a group of spiritual seekers and gave talks to various groups.

In 1914 the Mother voyaged to Pondicherry to meet Sri Aurobindo, whom she at once recognised as the one who for many years had inwardly guided her spiritual development. After a stay of eleven months she was obliged to return to France due to the outbreak of the First World War. A year later she went to Japan for a period of four years.


Proudly presented in Service for the Devotees of  The Mother and Sri Aurobindo  world over !
Mirra Bliss
Integral Yoga in Their Own Words, One Quote at a Time!

The design of the cards are done sometimes from the free pictures and backgrounds available on the web.
If we have forgotten to put a credit line for the picture owner on the cards; the owner can  write us  at Integral-Sadhana@MirraBliss.com - we will be much pleased
to give them a credit line on the card.